I recently created a poll posing the question,

"As a Negotiator in Property or in Sales based roles you rarely get the best of both worlds, what do you prefer?"

Traditionally Estate Agency in London has been a heavily commission lead profession. With the high fee's on offer for getting deals over the line with high value properties, it makes sense to incentivize people to do more deals. It adds a competitive edge against other negotiators within the office, which ultimately can make you more competitive against other companies working in your market.

As a recruiter for Residential Estate Agency, however, often the stumbling block for people getting into the industry or making the next move is the basic salary. It seems a more poignant question now more than ever due to the cost of living crisis, with people seeking out financial security just to pay the bills.

I started out in Estate Agency before moving into recruitment at a large corporate firm and my basic salary was a whopping £12k per year. While it was a bit terrifying if you were having a slower month, the pure excitement from doing a deal, especially if it was a high fee made it very rewarding and I enjoyed having the target in front of me to do as many deals as possible.

It was 3.5 years ago that I started out in agency and it feels that perhaps the consensus is shifting because in London now if you have a month without commission, it simply isn't feasible to live off a £12k salary for a month.

Poll details can be found here.

The results of the poll were as follows. The poll received 162 votes, a relatively small number, I found the results interesting though, because it was enough of a sample to get a feel for the sentiment out there as many of the voters were property negotiators. 60% voted in favour of Higher Basic/Lower Commission and 40% voted in favour of Lower Basic/Higher Commission.

These results may come as a surprise to some but not to others. I asked some of the voters why they voted the way they did, here are what some of them said about wanting a higher basic:

A Sales Negotiator said, "I’ve been recently looking at mortgages and they mainly take into account the basic. Plus I’m the sort of person that would rather know what they are earning monthly instead of the change each month."

Another Sales Negotiator at a corporate agent in London said "I think, personally, with such fluctuations in the market and interest rates, it can become a tough environment to get deals across the line. I would rather have the security of still bringing home a decent pay check each month to cater for that, than be reliant on a higher commission."

Voters on the other side of the debate had this to say, one Lettings Negotiator at a mid-sized London Agency said, "Voting swung that way purely on confidence, if you’re a Negotiator always in the top 50%, why would you want your potential higher commission spent on propping up other people’s basic when they’re not performing."

Another Negotiator added "My vote was swung due to the belief of commission being an effective method of motivation, since there is a direct link between monetary reward and employee performance. I believe this is vital in any sales role, for both the employers and employees."

Furthermore this property professional said: "I believe lower basic and higher comms gives you more potential to increase your earnings. At the end of the day the harder you work the more you make with commission."

Both sides make valid  points and the best working model is certainly a good debate. The consequences of having a tricky month are perhaps more difficult than ever now if you have a bad month. However, you can't take away that incentive from those who really back themselves as sales people and want to chase uncapped high reward commission targets.

Let me know what you think! Thanks for reading.

We use cookies to personalise content, to provide social media features and to analyse our traffic. We also share information about your use of our site with our social media and analytics partners who may combine it with other information that you’ve provided to them or that they’ve collected from your use of their services. You consent to our cookies if you continue to use our website.

WHAT OUR CUSTOMERS ARE SAYING 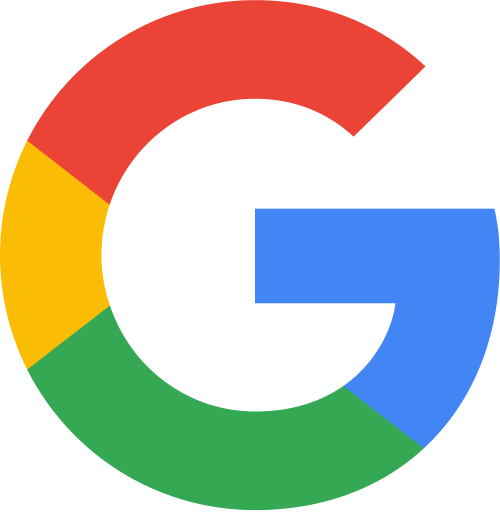 Bradley at GKR has found me the perfect role in a fantastic company while making the whole process surprisingly easy. I have no doubt that I have made the right decision, and I’m very thankful to have been introduced to the opportunity by Bradley.
From point of initial contact he has been all over the procedure very efficiently and professionally, keeping in contact regularly and most important of all getting me into the best suited role possible.
What was daunting prospect of moving up to London and a job change has been made and exciting time, as well as providing me a fantastic opportunity.
I would highly recommend Bradley and his team to anyone looking for their next job or a new employee.
Thanks again!

I was referred to Rose at GKR by an interviewer who worked for a Mews property specialist company. Rose was an absolute delight to work with. She was professional, proactive, supportive and got me my first job in London within a WEEK of working with one another. She went the extra mile and gave me valuable interview advice and kept me in the loop regarding feedback from the companies I Interviewed at. It reached the stage that Rose even calculated how long my journey to the offices would take, so that I could focus on my preparation and have a stress free job hunting experience. I’ve never come across a more authentic, professional and hard working recruiter before. Rose deserves all the success that comes her way and I’d definitely recommend her to anyone looking for a new role.

Michael was nothing short of incredible in helping me secure a new role. He was proactive, responsive, supportive and has provided great advice throughout the whole process, from putting me forward for a great opportunity right through to the end of my 3 month probation period. Michael always went the extra mile and has made transitioning jobs stress free and enjoyable. Can’t recommend GKR recruitment enough.

Roger Hawthorn deserves way more than just 5 stars. He's a recruiter that truly cares about you and goes above and beyond to help you secure your next role. I've had nothing but amazing service from GKR and would definitely recommend working with GKR to land your next role!

Thank you Rose & Brad! They really went above and beyond. They are both exceptional at what they do. I worked more so with Rose who helped me get the right role so quickly. She gave me so much of her time, advising me and helping me explore my options, and ultimately secure the wonderful role I am in now. She is very professional, supportive and knowledgeable and to top it off shes a lovely person too! It is so appreciated and I can’t recommend GKR enough.

I had an exceptional experience with GKR London, Jason Ross in particular made the usually stressful process of looking for a new role, seamless, professional and quick! He found a placement for me within 1 week and a half and has continued to touch base and offer support in my new role. Would definitely recommend and can’t thank Jason enough for all of his efforts!!

I'm very happy to say that my experience with GKR, Roger Hawthorn was brilliant! He helped me in securing a role which I am so very thankful for. Roger is extremely approachable, efficient and was attentive throughout the entire process. I have no hesitation in recommending Roger, very good at what he does. First class service. Thanks again, Roger! :)

It's an absolute pleasure to get to know Rose since 2018, I can't thank her enough for the effort she made for me. She takes her responsibilities very serious and she will take an extra mile to work with you, her advices have helped me so much. She answered all my queries every time I messaged her, even if it was out of office hours she always replied politely and showed empathy during my stressful time, she helped me get my dream job and I am super happy, here is my first cup of coffee at work

My experience with GKR was excellent! Olivia Davis is an outstanding recruiter and I love her approach. She was interested in getting to know me whilst getting to know what is important for my career and next company. Her weekly follow ups went above my expectations which greatly alleviated my stress with the job hunt. She understands and cares about what my concerns were so I didn't feel like just another candidate. Thanks for placing me in my new role! I would highly recommend GKR for anyone in the properties industry for their next career move.

From start to finish my experience with GKR has been amazing. From my very first conversation with Rose Lock, I was instantly put at ease having not looked at changing roles in 11 years.
Rose supported me throughout my journey, making me feel prepared, supported and confident. She is a mentor providing knowledge but is personable and really listens and genuinely cares. Rose is exceptional at her job and a delight to deal with. I cannot recommend her highly enough.

I am now looking forward to starting my amazing new role and its all thanks to Rose!